All of the psychologists at The Young Mind Clinic in Lane Cove are registered with AHPRA and are able to provide services under Medicare. Sophie is a Clinical and Educational/Developmental Psychologist with over 18 years experience working with young people. For the last 8 years, Sophie has been working in private practice in Lane Cove, on Sydney’s Lower North Shore. Four years ago, The Young Mind Clinic was opened which allowed for other similarly experienced child and adolescent psychologists to join the practice. Sophie provides regular ongoing supervision to all of The Young Mind Clinic team and offers her expertise on individual cases where requested by clinicians.

Sophie’s career experience has encompassed working within school, hospital and private practice settings. She has guest lectured in the area of child and adolescent psychology previously and presented numerous seminars within schools to parents and teachers on a variety of topics and contributed to policies around school bullying. Sophie is a Psychology Board Approved Supervisor and provides supervision support to school counsellors and other registered psychologists, including those completing registrar programs in the endorsed areas of clinical psychology as well as educational/developmental psychology.

Sophie strives to provide a warm, non-judgemental space for young people and their parents and has built the practice around this core value. Lisa is a Registered Psychologist with a Masters Degree in Psychology. She has been working with children, adolescents, young adults and their families for over 25 years in both the private sector and in schools as a school psychologist. She is a longstanding member of the Australian Psychological Society and is a strong advocate for the promotion of social and emotional well-being initiatives both in schools and in the community.
Lisa has extensive experience supporting young people who present with anxiety, depression, ADHD, OCD, relationship issues, school refusal, sleep problems, grief and loss, and academic stress. She utilizes Cognitive Behaviour Therapy (CBT), Strengths Based Counselling and Mindfulness.
Lisa strongly believes in the therapeutic value of being respectfully heard. Her warm and engaging nature provides a calm and empathic environment for her clients and their families. Nikita is a warm and passionate Clinical Psychologist, who is committed to working with young people and their families. She has worked with children and adolescents and their families across the non-for-profit, private and school settings. Nikita is particularly interested in treating anxiety, depression, emotion regulation, behaviour difficulties, and sleep difficulties. In addition, she has a special interest working with individuals diagnosed with autism spectrum disorder and attention deficit hyperactivity disorder.
Nikita endeavours to draw on the strengths of an individual to help them reach their full potential. She is dedicated to delivering empirically validated interventions and has a broad range of therapeutic experience, including Cognitive Behaviour Therapy, Acceptance and Commitment Therapy, Positive Behaviour Support, and Schema Therapy. In addition, she has facilitated both parent support groups and empirically validated school-based programs targeting social and emotional skills for children and their parents.
When supporting students, Nikita strives to engage them, their family and their support networks, including schools. She has experience working collaboratively with schools and she enjoys visiting them to complete classroom observations and to allow her to work collaboratively with school staff to develop behaviour and learning support plans.
Nikita completed a Master of Psychology (Clinical) at Deakin University in Melbourne, where she was awarded the Head of School prize for the most outstanding thesis. Her research project evaluated a school-based program designed to enhance the social-emotional skills of adolescents in order to prevent depression. She also contributed to the development and publication of a school-based program called Resilient Families which is offered in various schools in Victoria.

Pina is a registered Educational and Developmental Psychologist with over 15 years’ experience working in both the private and the public sectors. In her time working at a government disability agency she developed extensive experience providing support to children with developmental delays, intellectual disabilities and Autism Spectrum Disorder. She facilitated group parenting programs targeted towards teenagers, conducted developmental assessments and provided behaviour management plans to families. She spent time working collaboratively with the Disability Specialist Unit (DSU) Westmead Hospital, providing a specialist Sleep Clinic service targeted to children with disabilities and has incorporated this in her general practice.

Pina has spent the last 5 years working as a School Psychologist in NSW in pre-school, primary school and high school settings. During this time, she provided counselling to young people who presented with anxiety, friendship difficulties, grief and loss, device usage and child risk assessments. Pina provided psychometric assessments to identify attention and learning difficulties and evidence-based intervention strategies. Pina is passionate about early intervention and educating parents on how best they can assist their child’s development to promote positive outcomes.

She is trained in multiple evidence-based approaches including Cognitive Behavioural Therapy, Acceptance and Commitment Therapy, Motivational Interviewing and has an interest in Mindfulness and Attachment-Based Approaches. Her extensive experience conducting cognitive and academic assessments using standardised tools guides her recommendations and interventions. Her therapy is tailored to the client’s unique needs and addresses their concerns in a supportive and respectful way.

Pina is registered with APHRA and is a full member of the APS and is a Board approved Supervisor. Sophia is a registered psychologist and clinical neuropsychology registrar. Sophia recently completed her Masters degree in Clinical Neuropsychology, a discipline that focuses on assessment, diagnosis, and intervention of brain-based disorders.

Sophia has experience working within a multidisciplinary team in community health and hospital settings, as well as within a private psychology practice. She primarily focuses on the assessment and diagnosis of neurodevelopmental disorders such as attention deficit hyperactivity disorder, specific learning disorders, and autism spectrum disorder. Based upon this, she works with parents and schools to develop evidence-based recommendations and interventions that support children’s learning and behaviour at home and in the classroom.

Sophia has a strong understanding of the cognitive processes that underpin a child’s behaviour, including their attention and learning skills. She strongly believes that helping families to understand their child’s unique strengths and weaknesses empowers them with the understanding required to make informed choices. Janet is a registered psychologist and forensic registrar. Aside from her formal psychological training, Janet has had the benefit of experience working with families in child protection as a therapeutic case manager which provided her with a thorough understanding of difficulties affecting families. More recently however,  Janet has worked a child and adolescent private psychology practice. Janet’s focus is helping children and adolescents with a range of problems including anxiety, depression, emotional dysregulation, behavioural difficulties, trauma and difficulties sustaining positive relationships.

Some of the mental health diagnoses she has worked with include depression, bipolar, anxiety-based disorders, oppositional defiant disorder (ODD), conduct disorder (CD), ADHD and early-onset personality disorders. In addition, she has a special interest in working with individuals who have experienced trauma including attachment-trauma, grief and complex PTSD utilising a trauma-informed approach.

Janet is passionate about facilitating positive change in the lives of children, young people and families. As a practitioner, her desire is to understand the reason for challenging behaviours, and use support strategies that ultimately lead to a better quality of life. Janet believes in creating a therapy environment that is comfortable, non-judgemental and safe for children and young people, and where parents feel empowered to support their child to navigate emotional and behavioural challenges. 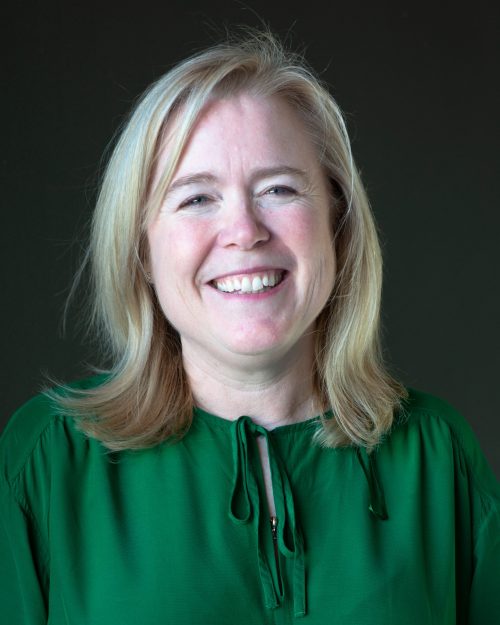 Kylie is a Registered Psychologist with a depth of knowledge in supporting children, adolescents, and their parents from extensive experience working in schools and private practice settings.  Kylie has a genuine interest in equipping young people and their parents with strategies and skills to help them navigate anxiety, depression, academic stress, high-achieving environments, perfectionism, social difficulties, low self-esteem, emotional regulation, and sleep problems.

Kylie’s engaging, empathetic nature and compassionate approach help young people and their parents feel supported, valued and empowered to make positive changes. She is passionate about identifying a child’s unique strengths and working collaboratively with them to find solutions to the difficulties they are facing. Kylie integrates a range of evidence-based practices, including Cognitive Behaviour Therapy (CBT), Acceptance Commitment Therapy (ACT), Dialectical Behaviour Therapy (DBT) and Motivational Interviewing (MI), to tailor a therapeutic approach to meet each child’s specific needs.

Huda is a Registered Psychologist and a Clinical Psychology Registrar.  She has recently completed a Masters degree in Clinical Psychology, which focuses on the assessment, diagnosis and treatment of a wide range of mental health issues across the lifespan.

Huda has held positions in community mental health and acute crisis teams. This involved working in a multidisciplinary team with culturally diverse clients who presented with psychotic disorders. In addition, Huda has extensive experience with risk assessments. During her Master of Clinical Psychology placement, Huda had experience working with children and adolescents in the assessment and diagnosis of neurodevelopmental disorders including attention deficit hyperactivity disorder and autism spectrum disorders.

Huda has a particular interest in treating anxiety, depression, emotion dysregulation, and trauma using evidence-based interventions including Cognitive Behavioural Therapy, Dialectical Behaviour Therapy and Narrative Exposure Therapy. Huda is committed to working with young people and their families and understands the importance of fostering a therapeutic environment that is empowering and non-judgemental.

Sorcha is a registered provisional psychologist due to complete her Masters of Clinical Psychology in June 2023. Sorcha is passionate about working with young people to reach their goals, overcome personal barriers, and achieve their full potential. She has experience working with young people in school, private, and not-for-profit settings, and is currently part of a research program exploring the development of self-compassion in adolescence at the Institute of Positive Psychology and Education.

Sorcha strives to create a safe, non-judgemental space for young people and their families, with core values of respect and collaboration at the heart of her approach. Sorcha is committed to delivering empirically based treatments, with a primarily Cognitive Behavioural approach, however also uses other modalities including Dialectical Behavioural Therapy and Acceptance and Commitment Therapy. Sorcha has a strong understanding of the processes that affect mental health and illness, and seeks to understand and draw on the strengths of her clients to deliver effective and personalised care.

Sorcha is currently on extended leave whilst she completes her studies.

Monique is a Provisional Psychologist and is due to complete her Master of Clinical Psychology by the end of 2022. Monique is a passionate, warm, and thoughtful therapist who thoroughly enjoys working with children and adolescents. She focuses on creating connection and safety within the therapeutic relationship, and an environment to support growth in individual’s unique challenges. Monique has a particular interest in areas of complex mental illness, trauma and attachment, and health psychology.

Alongside her work at The Young Mind Clinic, Monique works as a Behaviour Support Practitioner with a NDIS provider. Here, Monique works with individuals experiencing complex and chronic mental illness, working closely with families and multidisciplinary teams across a variety of settings. Monique has experience facilitating inpatient and outpatient group therapy programs, working primarily with patients experiencing mood disorders and perinatal-related difficulties. She has also administered cognitive, academic, and neurodevelopmental assessments for individuals across the lifespan.

Debbie is our Administration/Practice Manager with 25+ years of administrative management experience in the banking and finance sector.

Debbie is a warm and attentive professional who is passionate about nurturing a thoughtful and friendly environment in the workplace, and providing support and assistance to the team.